Home » Social Media » Parler is Growing By the Millions: Time to Take Notice

Parler is Growing By the Millions: Time to Take Notice

Did you notice how Parler is growing?

I was always told not to talk politics in business and I’m going to try not to in this blog post. The reason for this review is that millions are fleeing other social networks to join this fairly new social media network.

And since I first wrote about it, it has become the most talked-about social media network.

Parler was growing by the millions once again since January 8th, 2021. But you won’t hear about that now with censorship of the social media network in high gear.

In fact, Parler beat out Twitter, YouTube, and TikTok in app downloads over the November 7th weekend. Yes, the Parler app was downloaded more than any other app in the world in early November.

Since I’m in the business of social media here at Inspire To Thrive I must write about it.

Everyone was fighting over on Facebook and Twitter over politics. It got ugly and many wanted to gather elsewhere to converse. Many over on Twitter were getting their accounts suspended for no clear violations of any Twitter policies.

It got even uglier on the evening of January 8th, 2021. So much so that Twitter’s stock price futures went way down. And then again on January 11th, it went down over 6% that day.

Newer reports show usage for Facebook was down for the first time – in January 2021. It has not come back up in 2021 but it still is the largest of the social networks by users.

So many people upset with all the censorship had no choice but to find alternative social media networks. 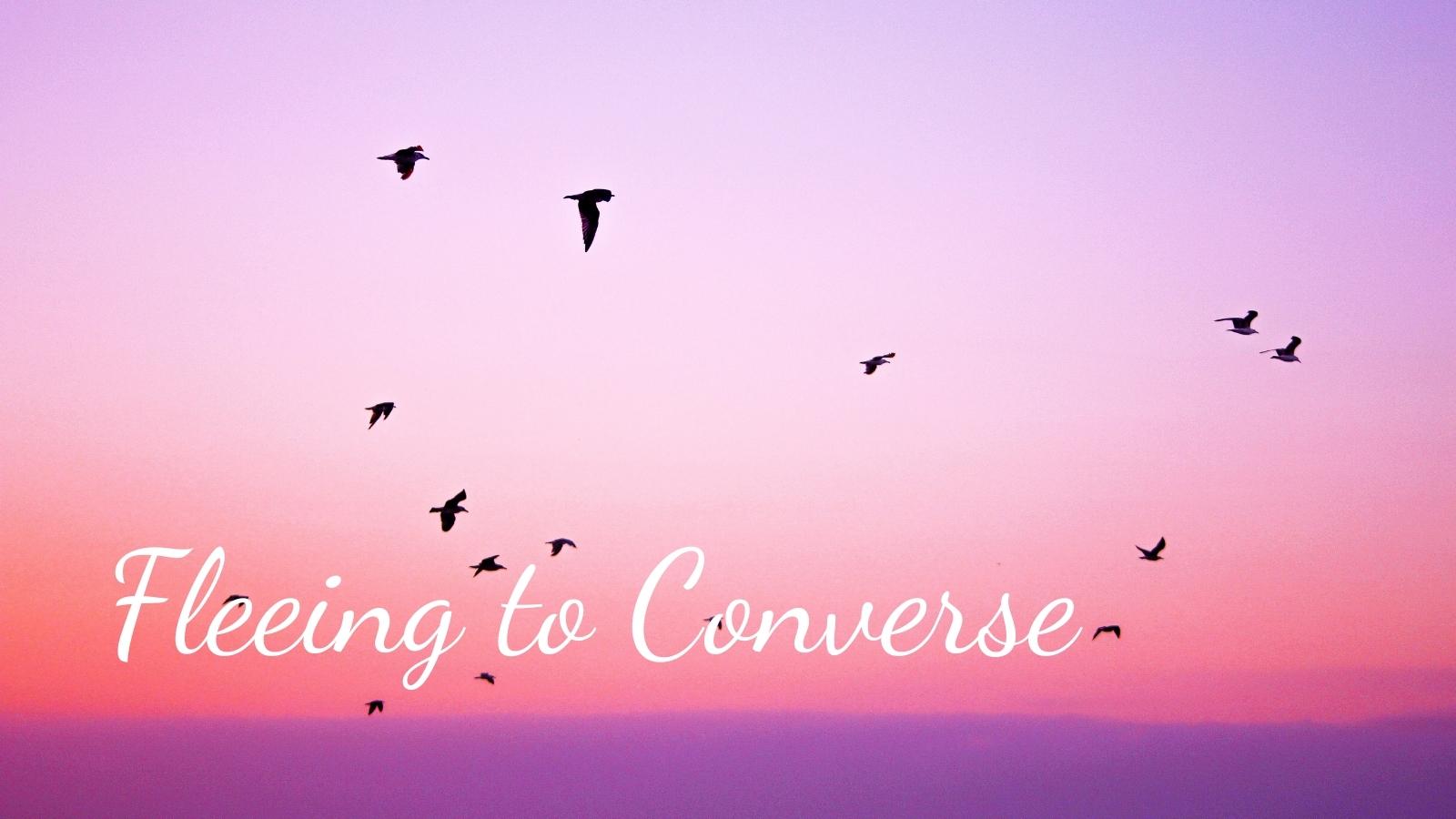 Did Parler Come Back Up?

I had my 500+ followers still there and past posts will be coming back according to Parler. The company archived everything.

Now fast forward to April 2021 and the Parler app is now back on Apple for downloads.

On March 31, @SenMikeLee and I sent a letter demanding answers about why Apple removed Parler from the App Store.

🚨Today, we received a response: Parler will be reinstated on the App Store. Huge win for free speech. pic.twitter.com/FQBDSSSFGk

JUST IN – Apple confirms #Parler is allowed to return to the app store.

What Happened to Parler?

February 5th the CEO was fired from the Parler Board. You can read more here on the story. The new interim CEO Is Mark Meckler.

Mark is a former attorney and political activist. Parler is searching for a new CEO.

Matze has characterized the Amazon decision as “an attempt to completely remove free speech off the internet.”

The big tech companies were preventing you from downloading the app from their stores.

This is another great lesson in having your own self-hosted website and knowing who is behind your servers and hosting. Today, doing your research is more imperative than ever before!

If you are looking for other alternative social media networks, I made a video on how to use Gab for you. There are others like MeWe, Minds, Locals, and CloutHub to name just a few that have been cropping up.

But since February 15, 2021, you can go back and log into Parler 🙂 SkySilk is the new service provider that claims to want to preserve free speech.

What Does the Word Parler Mean?

Parler Means to Converse. To have conversations with others.

The word Parler in French means to converse and speak up!

Parler is a United States-based microblogging and social networking service launched in August 2018. The Parler app has a significant user base of conservatives.

Sadly, it became impossible for conservatives to converse on social media without constant fighting and being censored or banned totally.

Social media was meant to have conversations and to be social, not to be silenced.

A few months ago Fox News host Maria Bartiromo collected more than 700,000 followers on the conservative social media platform, Parler, after saying last week that she would soon be leaving Twitter. 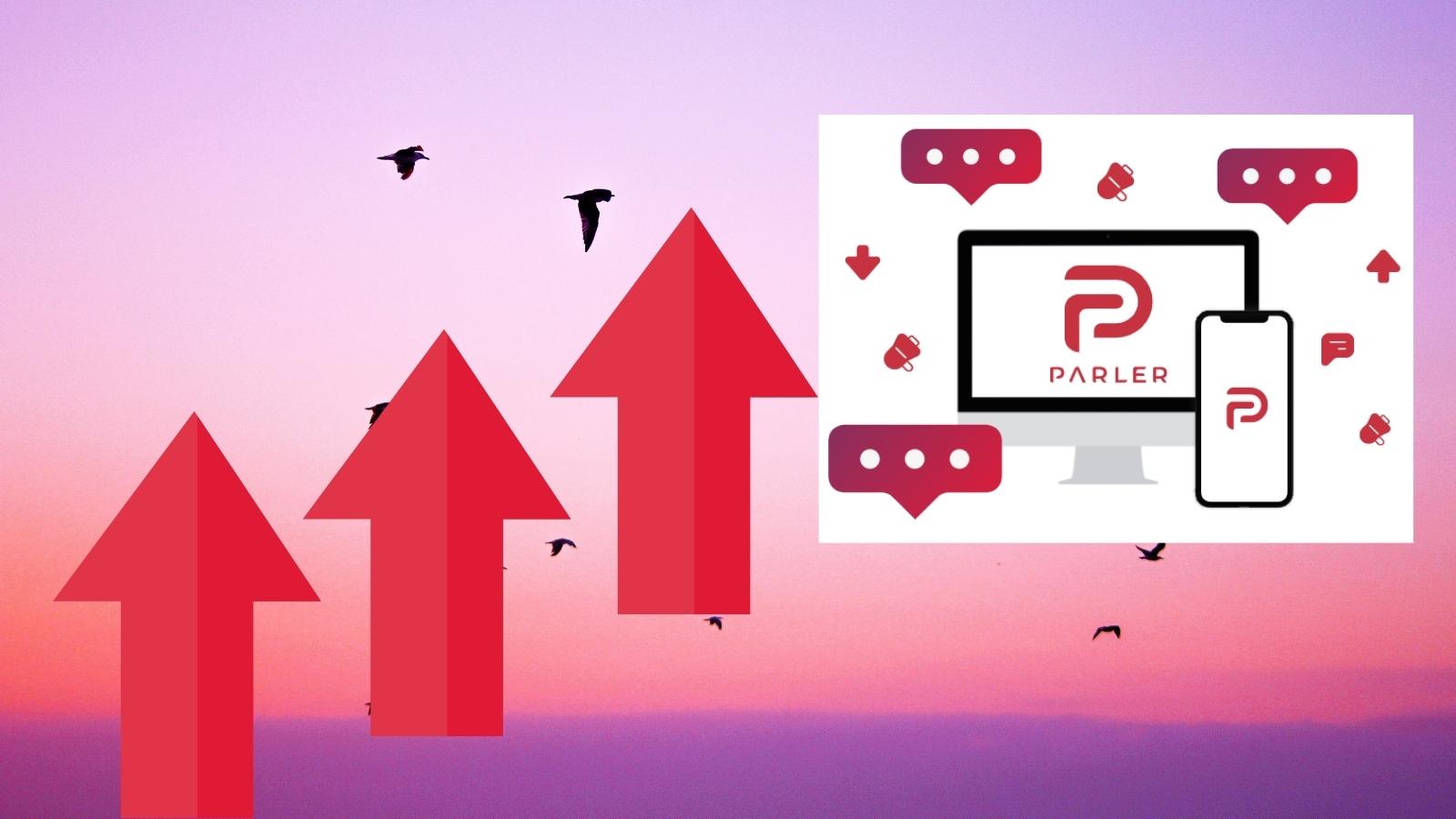 Just like Twitter had the old “fail whale” Parler has been going down in brief interludes over the past several days that weekend with so many joining the network.

How Does Parler Work?

The social networking site is similar to Twitter. You write “parleys” vs. “tweets” and you share others’ posts by “echos” vs. “re-tweets.”  You can vote up each parley as you see fit just as you would on Twitter or Facebook with a like button.

One thing that is different is that Parler uses Chronically order of parleys vs. the “algorithm” that Twitter uses. Many users like that! Many folks are getting tired of fighting algorithms.

I did a special how-to-use Parler video over on Rumble. What’s Rumble you ask? Another video social networking site competes with YouTube.

Similar to the other social networking sites, you can direct message people on Parler.  I have not seen any spammy sales pitches on the network.

Of course, you may download the Parler app for your phone and use it on your desktop.

Similar to the other social networking sites, you can direct message people on Parler. #parler Click To Tweet

Getting Verified on Parler as Parler is Growing

Getting verified on Parler is easy once you show you are a real person. The Parler community is built on trust. The verification process helps to keep the bots and encourages civil discourse.

Take the next step in pursuing these important values by becoming a Verified Parler Citizen. You can submit your license image to become verified today. Hence, other users will know you are real. Now, you can see my verification badge at @lisapats

Once you are verified you can send others on the Parler network direct messages. Otherwise, you can only receive them. (Thanks to my friend @Justbrenlee over on Parler.)  The verification process may take a little longer with the influx of new users, be patient!

(It’s not based on an algorithm or choice by Twitter. Twitter decides who gets to be verified.)

The Difference Between the Red and Gold Badges on Parler

The red badge is for verified users like described above. However, they have gold badges that are for public figures with a large following on Parler. 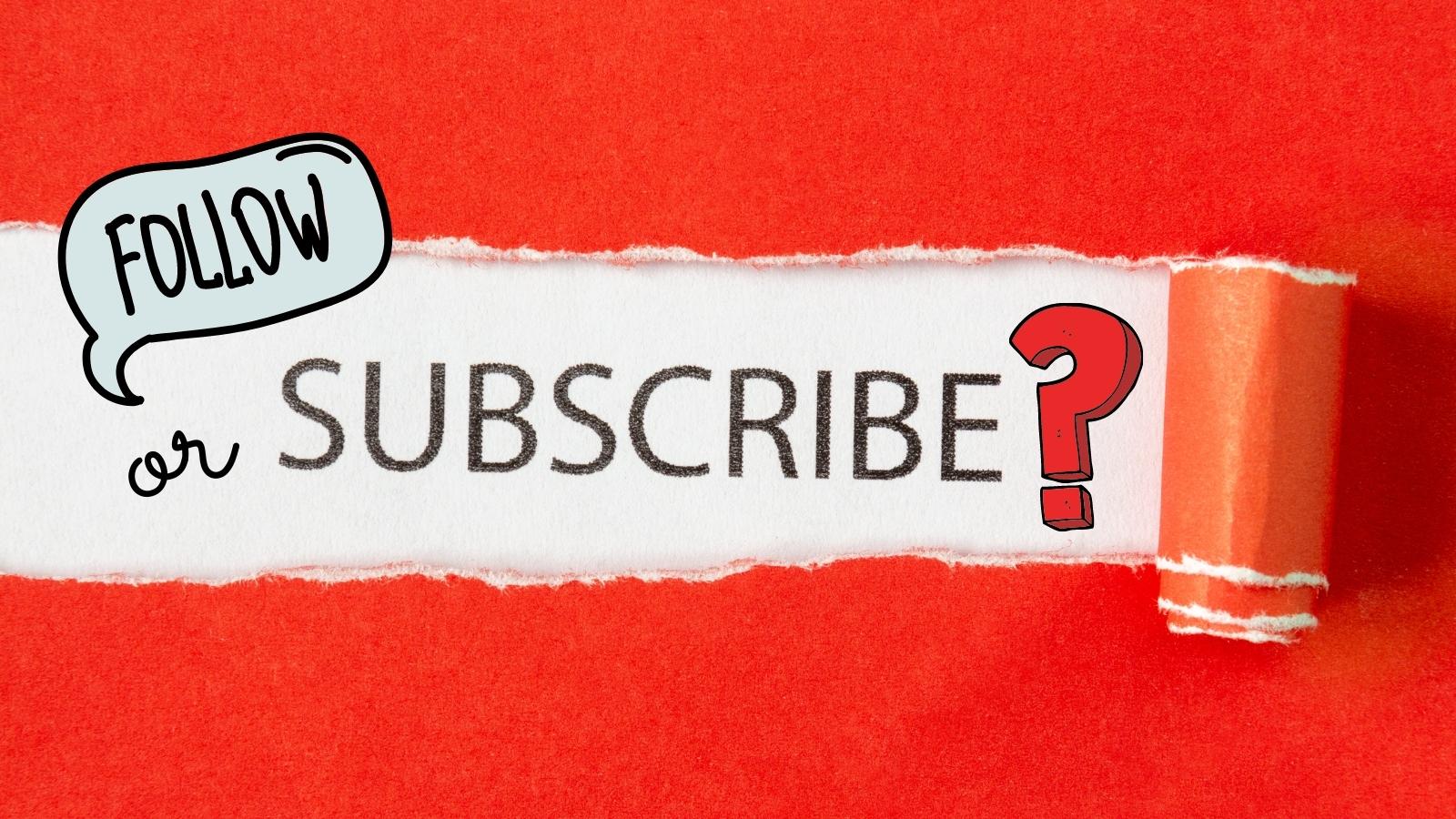 If you hover over a user’s parley, on the upper right-hand side is a down arrow. There you will see the option to mute, block, unfollow, report, or subscribe.  I’ve just discovered this feature and love it!

What is the Character Count for a Parley?

You may also upload videos but there is not a live feature yet, stay tuned! Recently, I’ve uploaded videos via the Parler app and on the desktop.

How Will Parler Make Money as It Grows?

Now, I went through the process and found you will have to spend over $500 a month to qualify to run ads on the Parler app. (However, that may make it harder for smaller businesses to compete with Facebook ads and Twitter ads.)

It will be interesting to see with an interim CEO if Parler will change their advertising policies and rates going forward in 2021. Stay tuned!

Did you know Parler ads are coming? In 9 days! 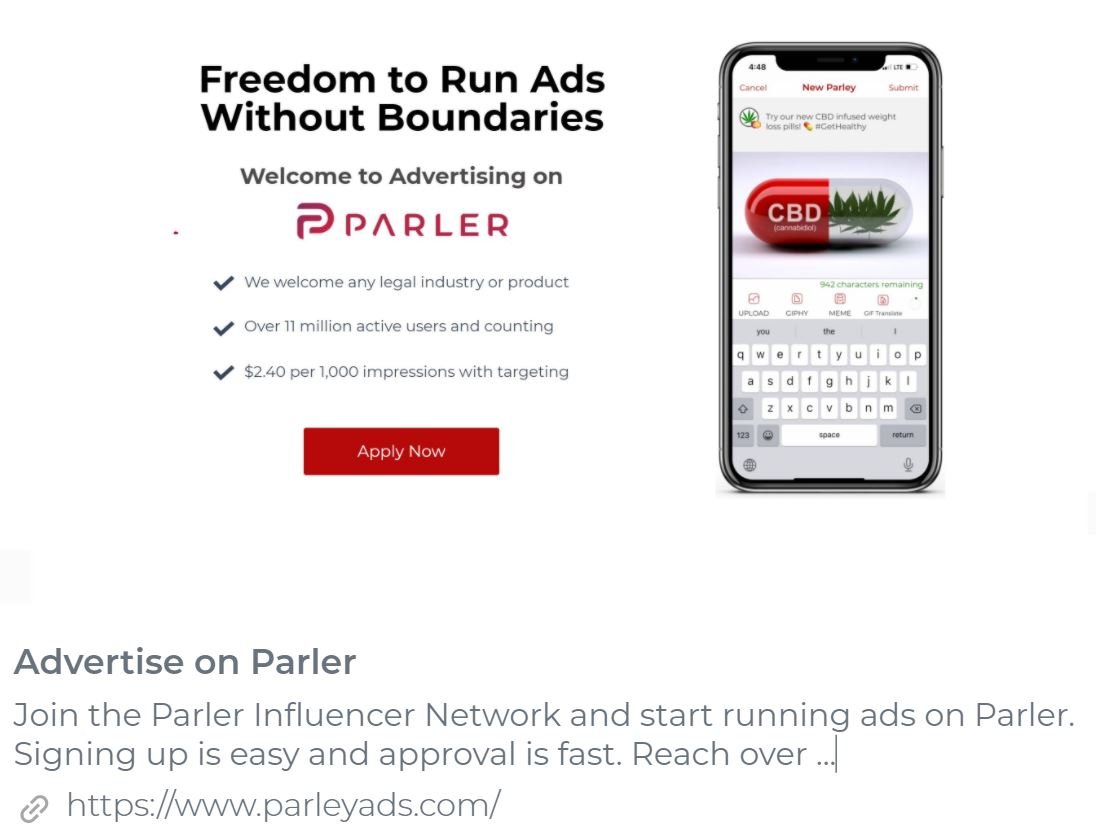 Is There An Opportunity for Marketing as Parler is Growing?

Parler ads now start out at $500. I hope they drop those entry rates for small businesses. Facebook allows you to boost posts for as little as $1.

I think once the political stuff dies down there will be some opportunity for marketing and influencers with Parler. Many other non-political types will join to see what Parler is all about as I’ve seen that happen recently.

As a matter of fact, a new one was announced today by former President Trump called TRUTH Social.

But I find this all sad, how will people unite if they all go their own way and not openly discuss things?

Is The Parler App Free to Use?

Some of you may be wondering if the Parler app is free, the answer is yes. It is FREE to use. You can download it from the app store or the Google play store.

You can embed Parleys on your website too. The parleys came down when Parler was shut down. With the archives coming back I believe you will be able to see them once again soon.

There is also a new Parley share button from Shareaholic or Sassy Social Shares that you can use in your share buttons. I’ve used them from time to time here on the blog.

Parler Updates as Parler is Growing

Parler now features dark mode! To turn it on or off, visit Settings > Display. Then toggle the feature on or off.

Finally, the new edit feature – you can now edit your parley’s.  Many Twitter users have been asking Twitter for years for an edit button and it is still not available on that social network.

And lastly, they have been testing the official Parler Store with select people. It will soon be open for everyone. Stay tuned to your inbox and Parler!

In Conclusion of Parler

Now, are you ready to parley with me and the growing millions over on Parler? I’d love to know your thoughts on this social media network and the Parler app that is growing in the comments below.

*Special Note – This blog post is updated with updates on Parler so be sure to come back and see the updated date above.

For more quick tips on using Parler, I’ve started a Rumble channel for you.

The Most Important Factors in Search Engine Optimization

Passive Income Opportunities – Lessons To Teach Us About Marketing Which Are the Best Ways to Monetize Your Instagram? 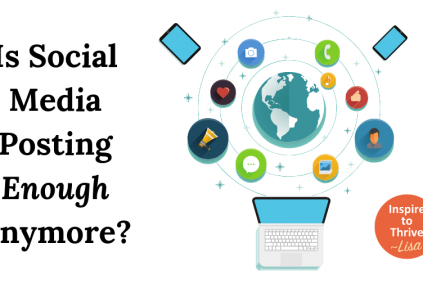 Social Media Posting: How to Fix for More Visibility 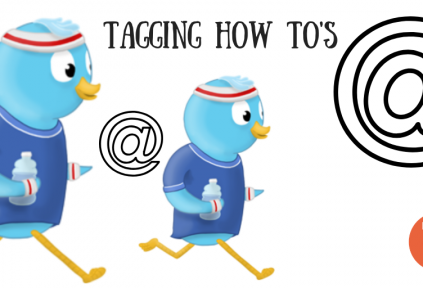 Learn How To Tag People on Social Media and When To