By a show of hands, who else had a Myspace account?  Why is my hand the only one up? Back then there were no social media alternatives. 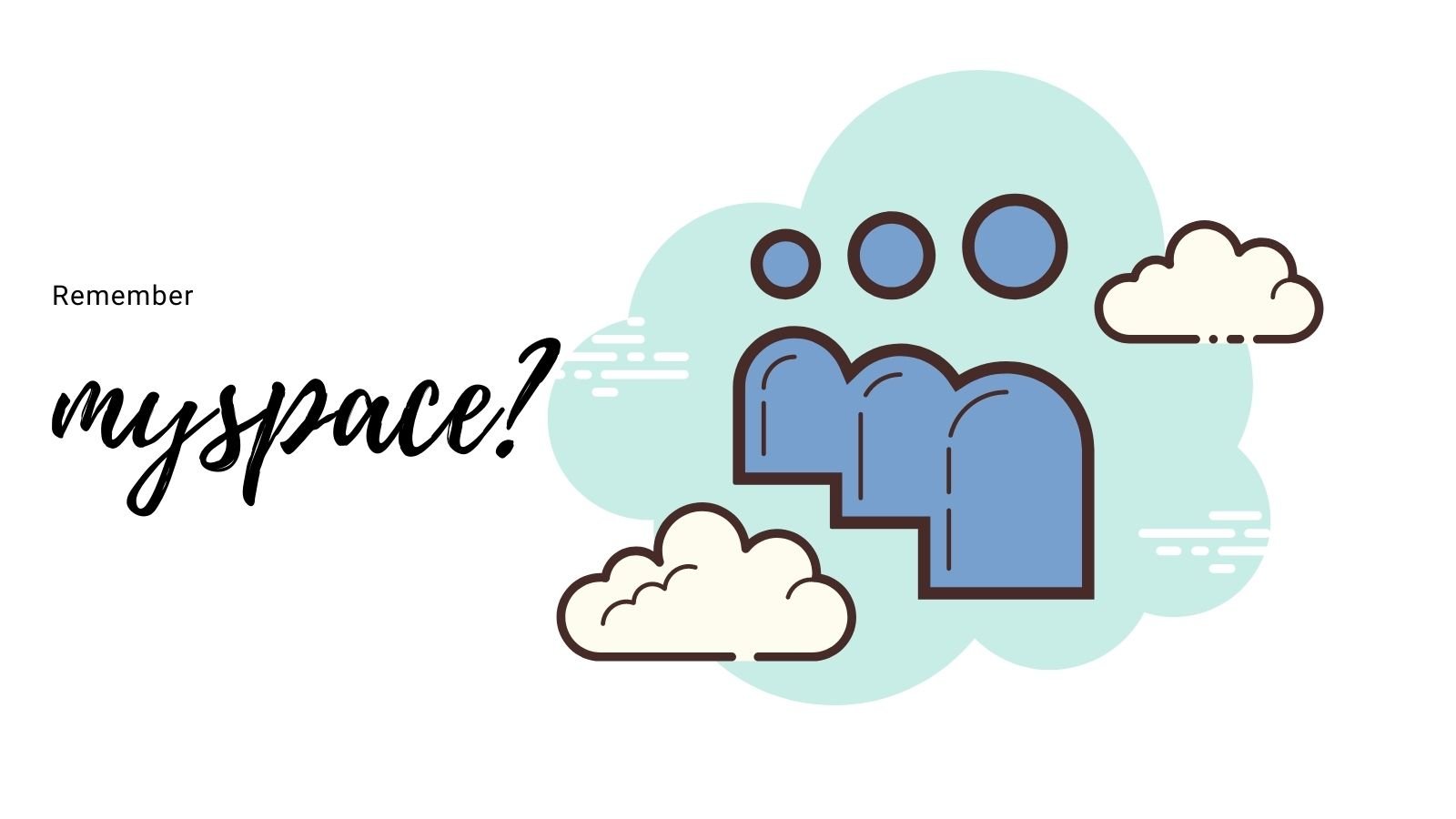 At the time, it was trailblazing and has influenced many of the modern names you’re more familiar with.

But are these industry giants, commonly referred to as “Big Tech” still at the top of the food chain?

As a business, you want to be agile enough to adjust to changing trends.  One way to stay flexible is to become an early adopter of social media alternatives.

Read on for evidence to back this up…

As a business, you want to be agile enough to adjust to changing trends. One way to stay flexible is becoming an early adopter of social media alternatives. #alternativesocialmedia Click To Tweet

The end of 2020 threw traditional marketing wisdom into a blender and hit the “high-power” setting.  Now growth in alternative social media is making the mainstream take notice. 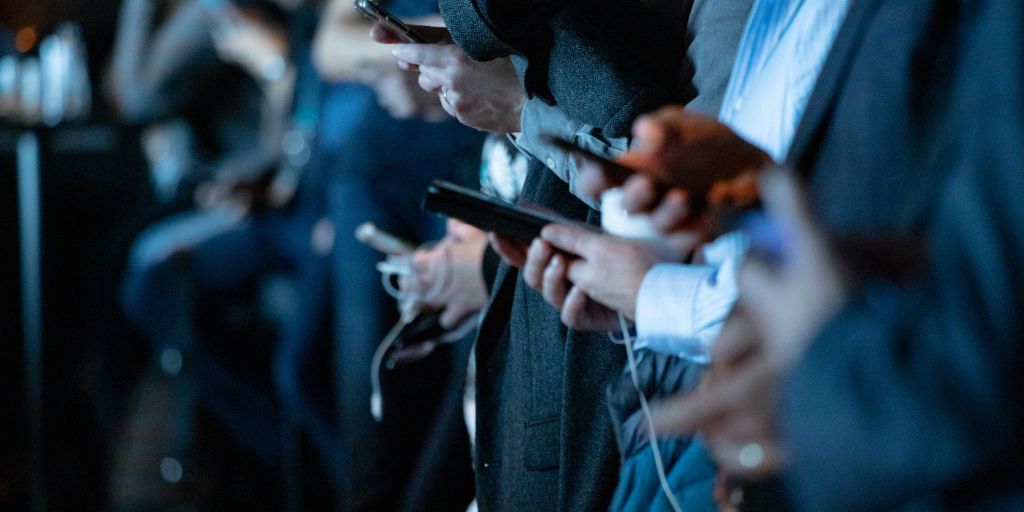 So, if you’re a small business owner or social media professional, how should you respond?

According to Gary Vaynerchuck, “The upside of being an early mover in a new platform is so much greater than the downside of waiting there for months only to find it didn’t pop.”

He further states the ideal entry time is prior to their ad product maturing.  Once advertising becomes expensive, research the next hot platform and shift.

From a digital marketing perspective there are multiple reasons to consider other options:

Let’s all agree to take our leanings out of this equation and look for mutual opportunities to enjoy thriving businesses.  Deal?

Pounding its perpetual chest, Facebook is the natural “king of the hill.”  Starting with them makes the most sense.

Keep reading for how their hold on the industry is being contested.

MeWe began as a beta in 2012, eventually entering the mix in 2016.  This free speech alternative to Facebook champions itself as an honorable protector of user data.

A novel idea, they figured members should own their own data.  What a crazy concept!

They experienced an influx of capital in 2018, $5.2 million to be exact.  Investing is a good sign, especially when it includes backing from people like Jack Canfield, creator of Chicken Soup for the Soul.

Healthy alternatives to social media like MeWe enjoyed serious awareness after two events: Trump and Parler.  How did its popularity change during the periods immediately after?

Well, two days after Biden entered the White House it ranked 4th on Apple’s App Store.  A very public de-platforming of Trump from Twitter during a heated presidential campaign surely played a part.

A TechCrunch article noted its rapid rise over the course of 72 hours after Parler was banned in January.  They enjoyed 1 million new members and ranked number 7 in the category of “U.S. App Store’s Top Free Overall” charts.

Beyond MeWe, there are two more solid contenders to take a look at.

What Are the Best Social Media Alternatives?

Our social network list isn’t complete without reviewing a couple of entrants that could give Big Tech a run for its money. Not just social media but even search engines.

Revisiting the TechCrunch article from above, we’ll start with a very promising one.

Founded in 2016, its CEO Andrew Torba observed firsthand censorship and a disregard for the consumer while working in Silicon Valley. 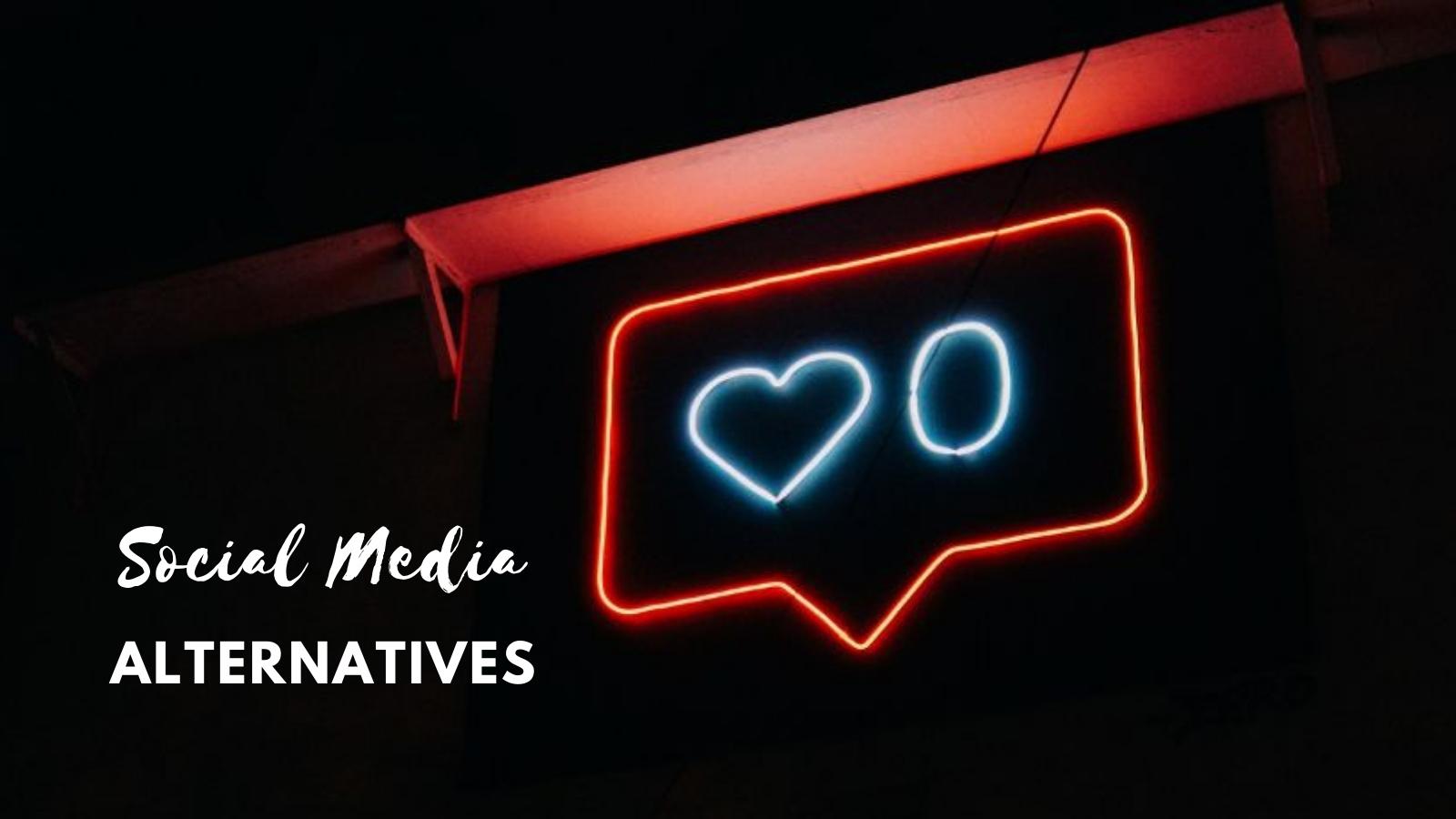 Between its founders, crowdfunding, premium subscriptions, and user donations, it enjoys solid infrastructure.  And everything from servers to payment platforms is internally hosted.

Why does this matter?  It isn’t reliant on outside influences to keep it running smoothly.

Censorship of conservatives, data breaches, and a recent worldwide outage at Facebook are leading to new accounts.

And the day after Parler went offline, Torba said 600,000 new users were added in hours.

TechCrunch confirmed this rapid change as an unrelated app called “Gab News” rose to number 44 on the App Store in “Top Free Apps.”  A local news app in Georgetown, it was mistaken for Gab which has been banned by all app stores since its launch.

With plans for a marketplace, ad product, and maturing of GabTV, all these add up to lucrative potential.  And larger corporations haven’t entered its market yet, providing a unique opportunity for small businesses.

With plans for a marketplace, ad product, and maturing of GabTV, all these add up to lucrative potential. #Gab Click To Tweet

Much of the talk up to this point has been on the removal of Parler.  But as of April, it’s seen a resurgence despite some hiccups.

Founded in 2018 with the intention of combating privacy abuse and censorship, it initially started taking small chunks away from Twitter.

It eventually earned the top spot as the most downloaded app following Biden entering the White House.  Conservatives were a big part of that outcome, as they departed Twitter following its ban of the President.

TechCrunch noted that immediately after Parler’s ban, an app under a different spelling (“Parlor”) saw 99,220+ new users join over a 48-hour span.  A classic case of mistaken identity.

Hence, by the end of that 2-day stretch, it had reached Apple’s number 4 in “Top App Overall on iOS in the U.S.”

My freelance writing business Elijah Wordsmith has taken an early adopter approach on Gab.  Exiting Facebook and Instagram went against all the digital marketing advice I had heard up to that point.

Their focus on small businesses and encouraging referrals within the community has me the most excited.  Time will tell if it stands the ongoing attacks from its competitors at Big Tech.

But these actions from outside cement in my mind that Gab is a real player and worth pursuing.  This isn’t a personal plug for the platform, just an example to mull over.

However, private medical practices could also benefit from taking a chance on these newer social networks.  Dealing with trends and issues the healthcare industry faces, visit my blog for more helpful content.

Are you using any social media alternatives today? We’d love to know more in the comments below!

What is an alternative social media network?

Why should you consider using an alternative social media network?

There is higher growth on the newer social networks and it is easier for you to get noticed on them. If you do any ads on the platforms it is less expensive than the big tech sites.

MeWe is the alternative social network for Facebook that has been around since 2012.

Parler and Minds are similar to the Twitter social network.

What are some hybrid alternative social media networks?

Is there an alternative video social network?

Rumble and Brighteon TV are a few alternatives to the YouTube social media network.

What are some other alternative social media networks out there?

There is Gettr, One Amend, Hive Onboard, Boxy Social, FreeTalk, Pixelfed, Klero to name a few. 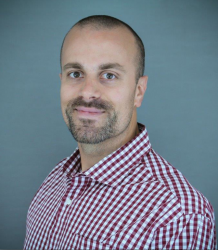 Elijah Shoesmith
Head of Content at Elijah Wordsmith
With 14 years of experience between healthcare and content writing, I amplify the messaging of holistic practitioners and private practices.Other industries I've written for: insurance, legal, accounting, contractors, digital marketing, and non-profits. 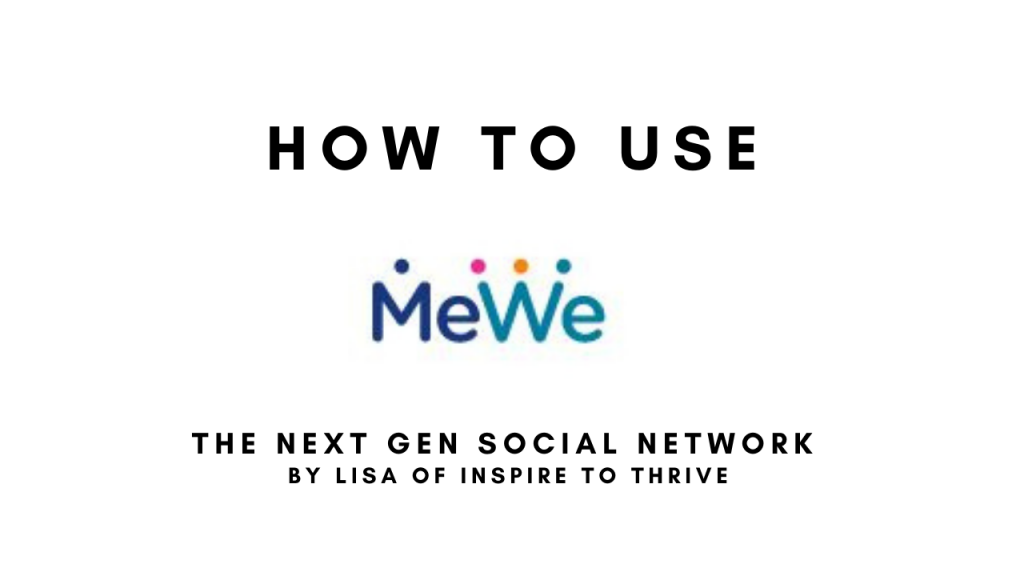 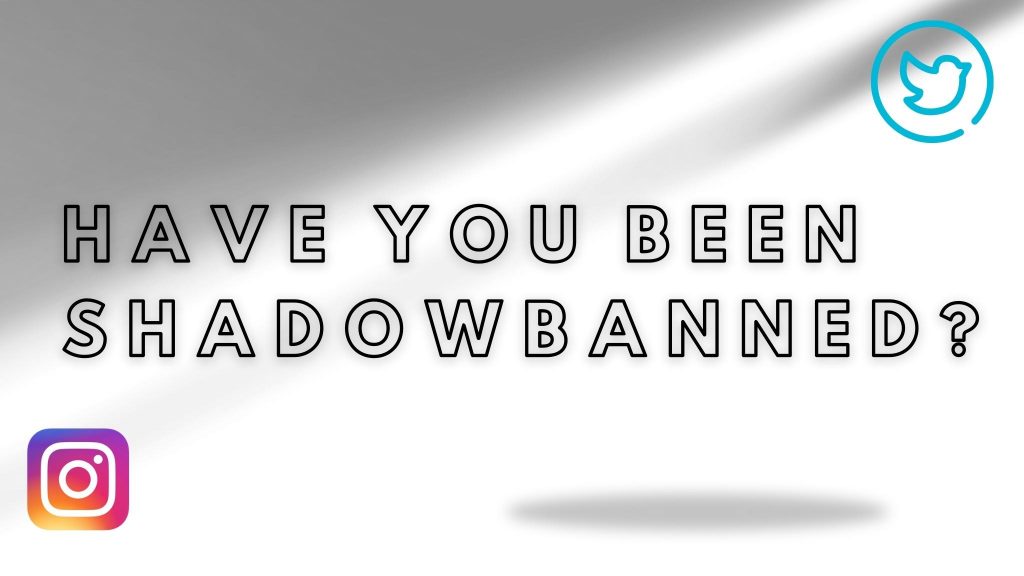 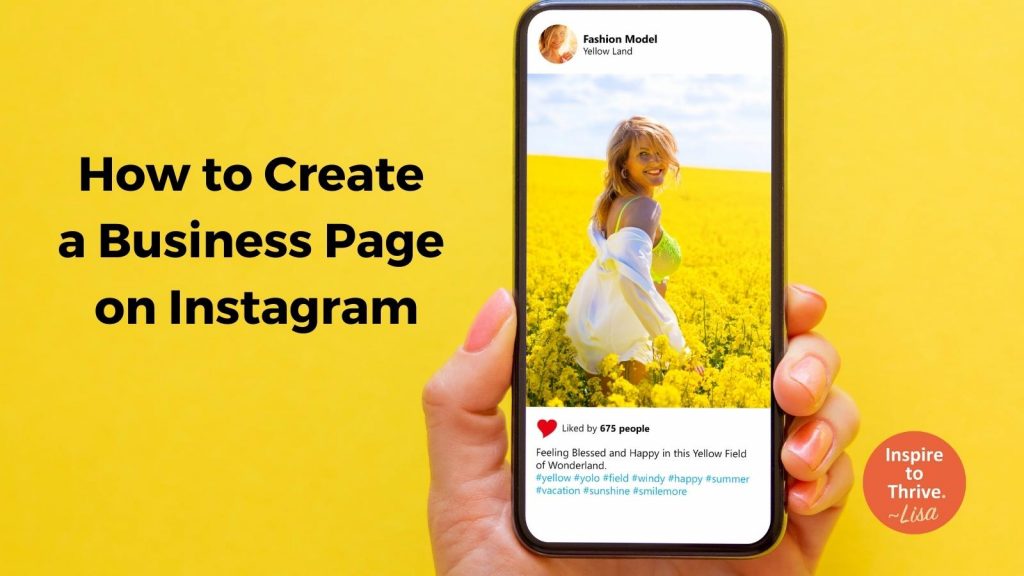 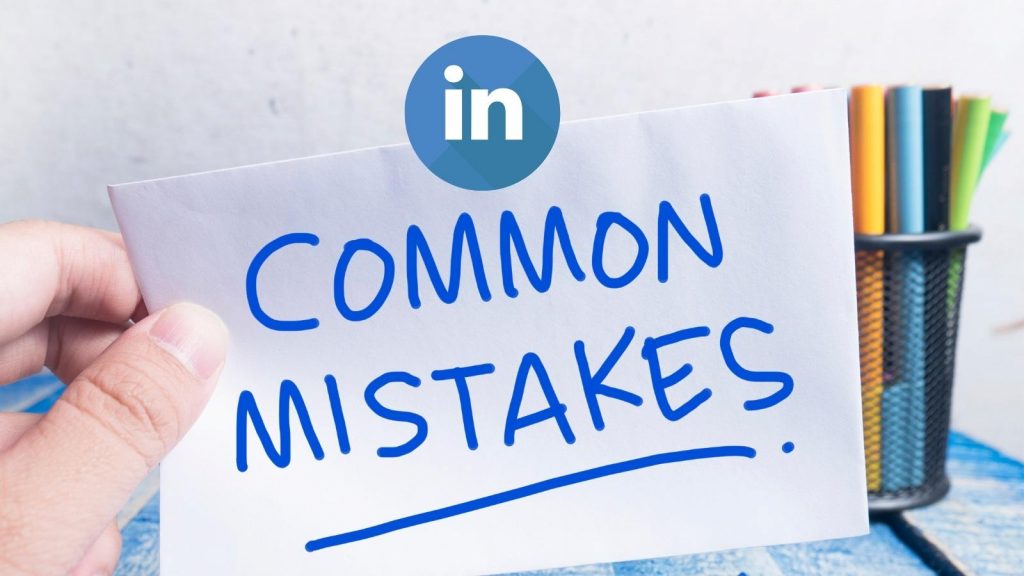 With 14 years of experience between healthcare and content writing, I amplify the messaging of holistic practitioners and private practices. Other industries I've written for: insurance, legal, accounting, contractors, digital marketing, and non-profits.