Home » Twitter » How To Make Your Twitterness More Fantastic Today

How To Make Your Twitterness More Fantastic Today

Is Your Twitterness Getting Stale?

You may have noticed your followers haven’t really increased much and your Twitter stats are nothing to write home about. I see it with many tweeps including myself a few weeks ago. It’s time for you to make some changes! It’s not too late to UP your Twitterness factor.

10 Ways to Increase Your Twitterness

Yes, tweet more! If you are starting to get more followers it’s time for you to tweet more often. You can use the Buffer to help you

manage this easily and a on schedule. No one wants to see 10 tweets from you at a time. It’s too over-whelming. But it is okay to tweet every hour.

If you only have a few hundred followers and you tweet too much you will know it. People will start to unfollow you. You will notice the follower decrease. But as your number of followers grow into the thousands do tweet MORE. Just be sure they are still quality tweets! Most of all, don’t tweet when you are tired.

Do follow those people that are relative to your Twitter niche. Don’t be afraid to follow a few new folks a day. (Start with 3-5 new people.) Try to get to know them too. Therefore read their Twitter bio’s and engage with them on the network.

Your Twitter Bio, image and cover photo should be updated regularly. Make sure it’s a real picture of you and recent. (at least in this decade.) Include something personal about yourself in your Twitter profile.

Be sure to include your location to make your profile more authentic. People love to know where other people are from. You may be surprised how many people you may be in common with by location.

I’m not a big fan on automation but using the Buffer, IFTT and a few other programs can make a big difference for you. Just be sure to set notifications to ON when someone tweets you so you can respond in a timely manner. Engagement and providing customer service is not something you can automate.

This one is the major key. Engagement on Twitter is key. You will not grow your following – no matter how many you try to buy, etc, without engaging! You can use emoji’s in your tweets when engaging with others.

Caleb Cousens did a great post on emoji marketing recently. Caleb points out that 90% of all information that comes to our brains is visual. That’s why it is some important when engaging to use images like emoji. 🙂

Sam Hurley does a great job of this as you can see below:

Images really do UP your Twitterness. You can do this with your own images, make them at Canva or us

e GIF images that you can pick right from Twitter.

Twitter now has a great selection of GIFS for you to choose from. You can also use the new Twitter Stickers to your own photos to give them some extra zing! See the puggle photo with a few stickers here as an example. You can get very creative with Twitter stickers to market your business.

Twitter now has great analytics now that you can look at to see what is working for you and what is not. This will help you improve your Twitterness by looking at them monthly. You can see which tweets got the most re-tweets and which ones got the most engagement.

These anlaytics can also compare your audience to the general Twitter audience. I’ve learned my followers are not interested in entertainment as much as the mass Twitter audience is but they like business, tech and politics. (I was surprised to see politics in there.)

There are hundreds if not thousands of tools out there to help you with Twitter. Some help you to find other like minded Twitter folks, others help you see who unfollowed you or followed you.

Just be careful not too use too much automation. A little automation is necessary once you grow your following. There is no way you could keep up with thousands of followers. That’s why those Twitter lists come in so darn handy!

The latest Twitter Tool I’m testing is Social Quaint. More to come on this Twitter tool. So far I like it, have learned a few new things and they are not pushy into selling you their paid program. It has helped my Twitterness factor go up.

Be authentic on Twitter and people will get to know you. If you have an egg head still as a profile it won’t get you far. People will not want to follow or engage with you. They do want to see who you are. Occasionally add a personal tweet into your feed so they can better understand who you are.

Engaging on Twitter chats can be fun and also a great way to network.  Twitter chats  can help you get to know others better on the Twitter network and also get introduced to others with the same interests as you. They can be fast and really fun!

Take it a step further and host your own Twitter chat. Announce it on your blog and tweet about it a few days prior so others will join in on the chat. Showcase it with a hashtag. Make it fun and informative to your audience. 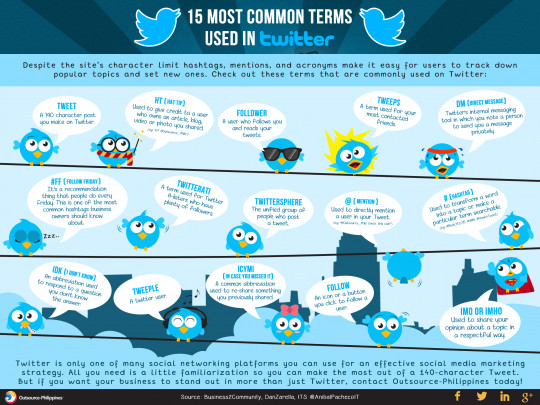 What have you been doing to increase your Twitterness lately?

I’d love to know what YOU need to help you increase your Twitterness factor, let me know in the comments below.

How To Make Fun Twitter GIFS To Make You More Tweetable

You Need To Know Wonderful Longer Tweets Are Here

Can Tweeting Make You Happy When You Are Feeling Down?