Are you afraid to post too often in fear that others will perceive you as a Twitter pest? Many people don’t post often enough, and yet they are thinking that they are overposting their tweets on Twitter.

Often times I get asked, “Can I post there more than once a day?” One tweet per day will NOT get your account far into Twitterland. 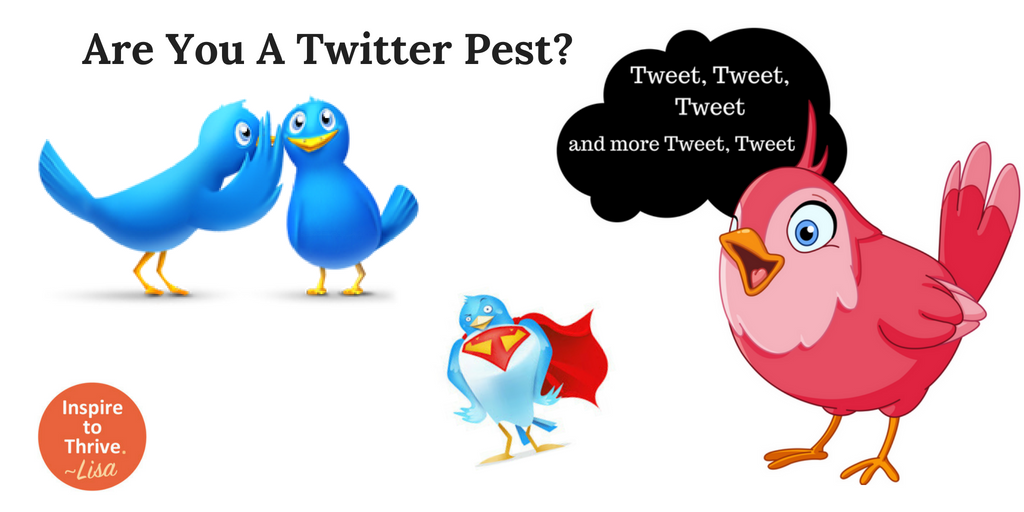 After all, most people are used to posting on Facebook; but Twitter is very different. According to Moz, the average tweet lasts just 18 minutes. After 18 minutes, most of the posts vanish into Twitterland.

Imagine all that time you spent with your tweets on Twitter vanishing in minutes? That’s why you can retweet your own tweets once. (Twitter won’t allow it anymore than that.)

Of course, if someone else Retweets that same one, it adds more time to it from their own post and that’s how a tweet can gain traction. That same post may even go viral.

Learn now how many tweets per day you can tweet to gain traction and generate leads and sales from Twitter.

How Many Times Per Day in the Beginning?

When you first start your new account on Twitter and you only have a few followers I don’t recommend tweeting a lot off the bat. Furthermore, you must build up your tweets on Twitter gradually.

Recently I realized this again while doing Twitter management for a client of mine. It took 6 months to build up a little following and to gain traction. (Every niche is different too!)

If you are in a social media niche that number would be much higher. But for a small business, it may be lower. It really takes time to grow your Twitter account organically. 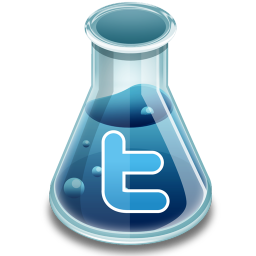 Having 200 followers you can only tweet about 5-10 times per day. After hitting 300 followers I tweeted a little more. Not only are we talking tweets, but we are also talking retweets here.

The formula is to gradually build up your Twitter following by tweeting a little more each week.

Retweeting is a very important factor too in gaining followers and engagement on the Twitter network.

How Many Times Can You Tweet with Thousands of Followers?

Tweet Limit by Twitter: 2,400 tweets per day! The daily update limit is further broken down into smaller limits for semi-hourly intervals. Retweets are counted as Tweets.

Of course, I had to look up how often I’ve been tweeting and I was surprised to see that it is under 50 posts per day. (An average of 36) You can check how often you post by clicking here for Twitonomy.

So here goes per Ryan’s advice: Be sure to purchase my eBook on How to Tweet and Thrive on Twitter, click on the image below now!)

How Often Can You Post with A Massive Following?

You can post even more with hundreds of thousands of followers. You can get up to the 2,400 tweets per day limit. 2400 tweets divided by 1440 minutes per day = almost 2 tweets on Twitter per minute.

You would have to use automation like the Buffer app, Agorapulse, or Hootsuite to accomplish that one! Therefore, be sure to check out my Twitter tools to help you along.

Of course, I would not recommend that you tweet that often unless you are a news organization on a very busy news day. If you are on Twitter chats all day you could also reach a high tweet count.

The Algorithm Changes and Effects on Tweeting

Twitter has made some changes in the past few years with its algorithm. Their recent in case you missed it option is available on desktop and mobile.

These now come up first for you. But notice how you can make a change too. See less often is an option for you! I really like Amanda Ricks so I won’t choose that one for her. 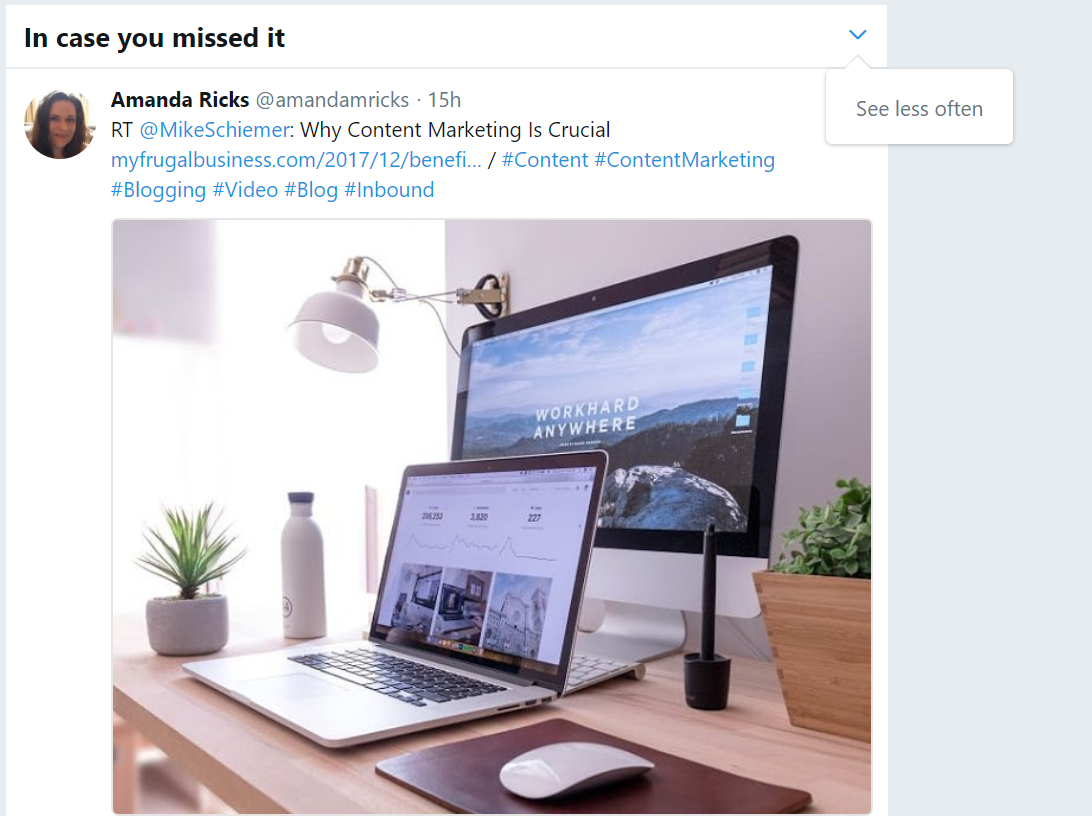 You can also choose different settings on your Twitter profile. By picking the best ones first, they will show up first in your Twitter timeline. I sometimes choose it and other times I leave it unchecked.

Therefore, this is another reason for knowing how many posts you can do in a day to be effective on Twitter. 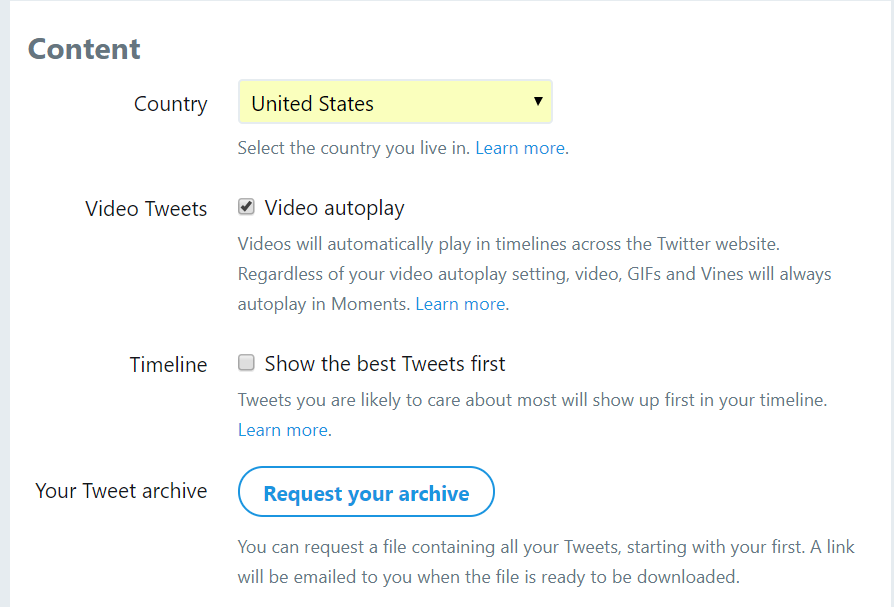 The algorithm is changing now every month. Just like the other big social networks engagement is the key to being seen and heard on them.  But former CEO Jack Dorsey loved the live Twitter timeline and hopefully, that won’t change. However, since he is gone and there is a new CEO and things are changing!

I *love* real-time. We love the live stream. It’s us. And we’re going to continue to refine it to make Twitter feel more, not less, live!

It will be interesting to see what direction Twitter goes in with or without Elon Musk in charge of the company in the coming months. His lawsuit is scheduled for mid-October of 2022.

Some of you may have seen that on Facebook and Google, ads following you around the web after you clicked on something or searched for something. It can be a little spooky. 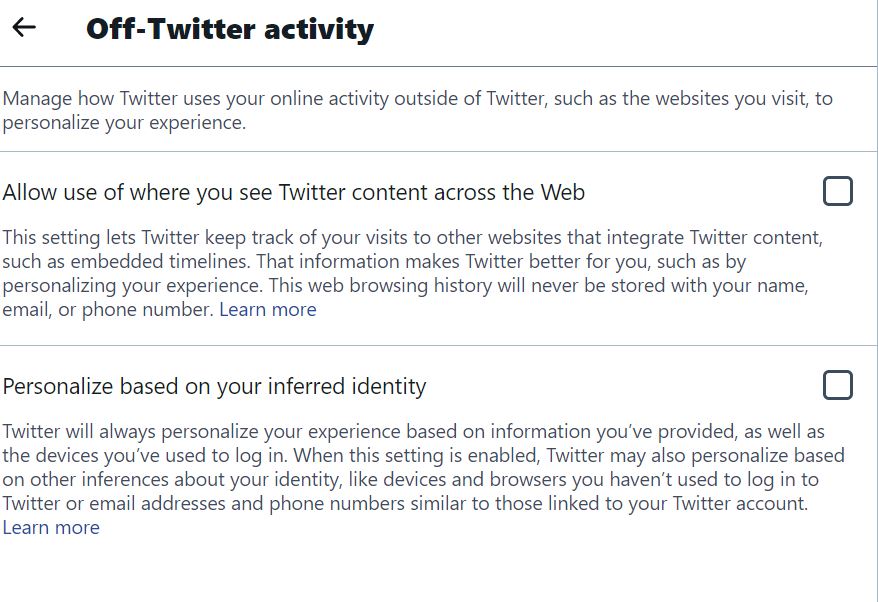 Other Twitter power users use Twitter lists to stay on the topics they love to see on their Twitterfeed.  This is one way around the algorithm that changes all the time on the social network. You can add who you want to your various lists. (You may have up to 1,000 lists with 5,000 users on each Twitter list. )

Then, just follow your favorite lists for updates right on your feed. Therefore, there is no need to use the main feed on your Twitter account.

Furthermore, having Twitter lists helps you grow your Twitter following as people see when you add them to your lists. Others can follow your lists too if you make them public. You have the option to keep some private as well.

Did you know how many posts you can send in a day over on Twitter? How many are you up to in a day? What other tips would you add to the number of posts on Twitter per day to grow your Twitter following?

I’d love to hear more from you in the comments below about it. 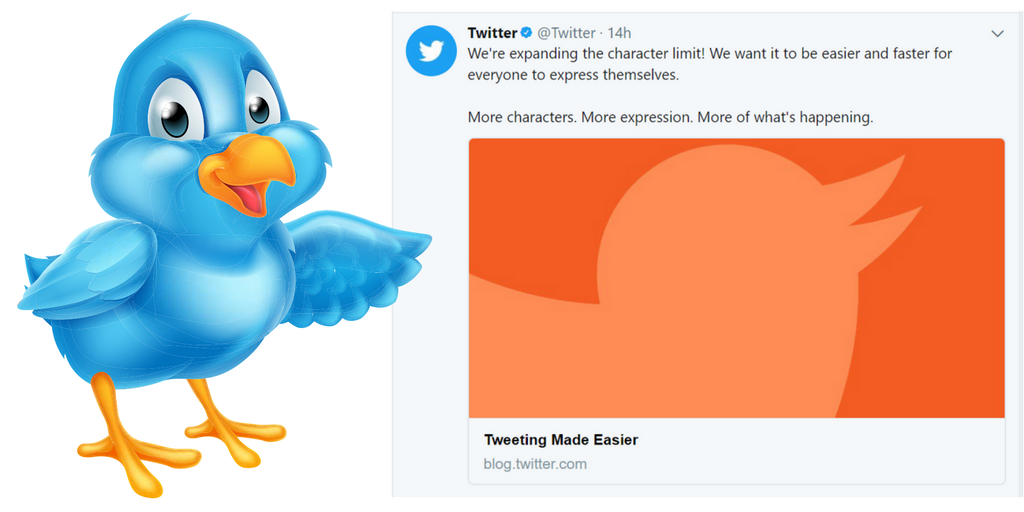 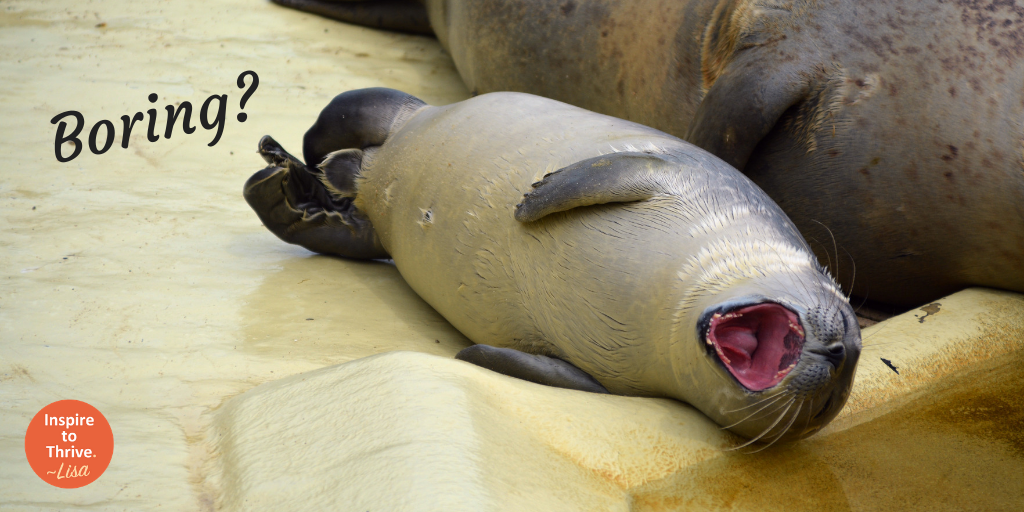 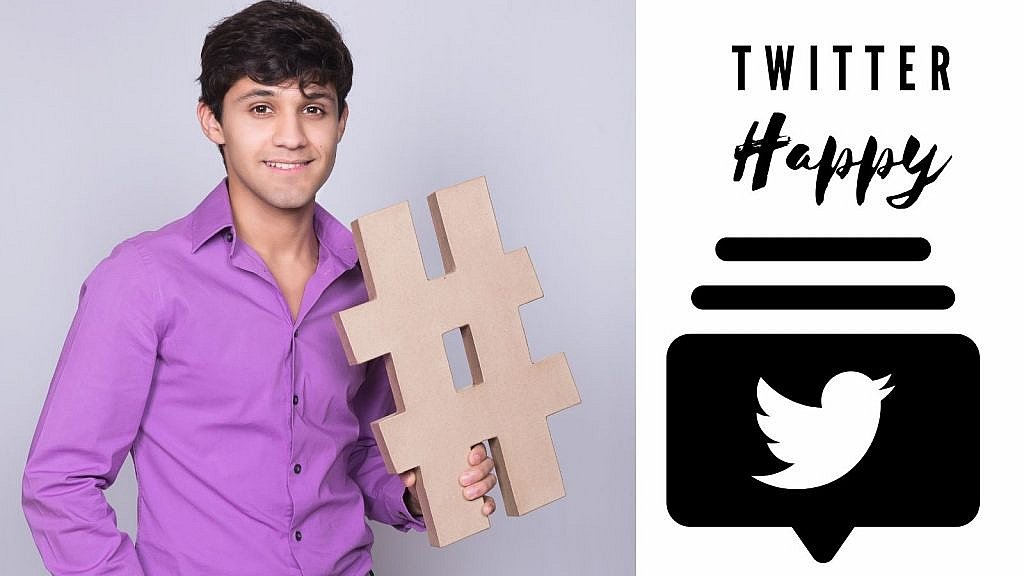 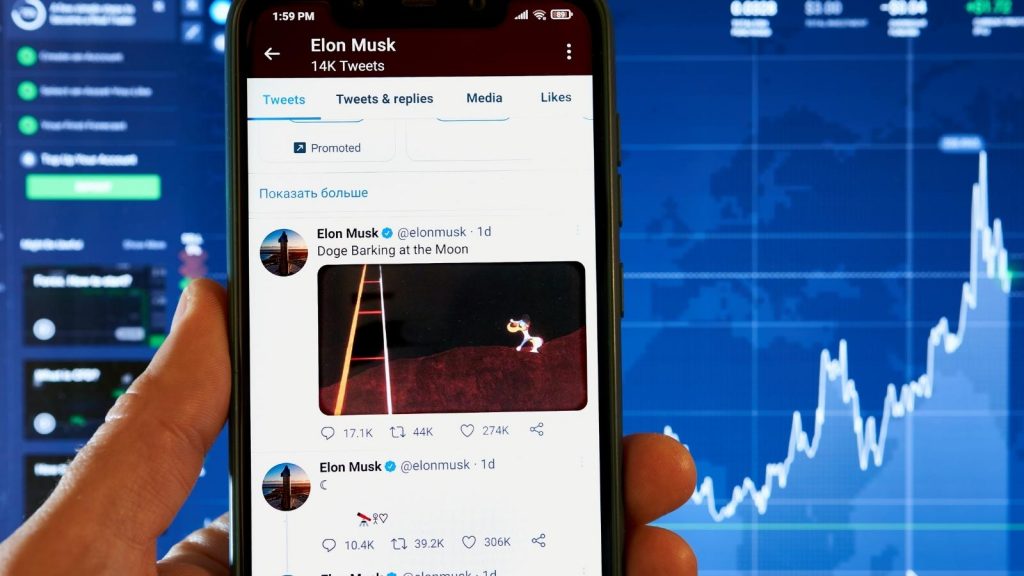