What is an influencer? According to the dictionary an influencer is a person or a thing that influences and /or causes change by inspiring others. They can change people’s mind about something or influence them to make a decision or a purchase. 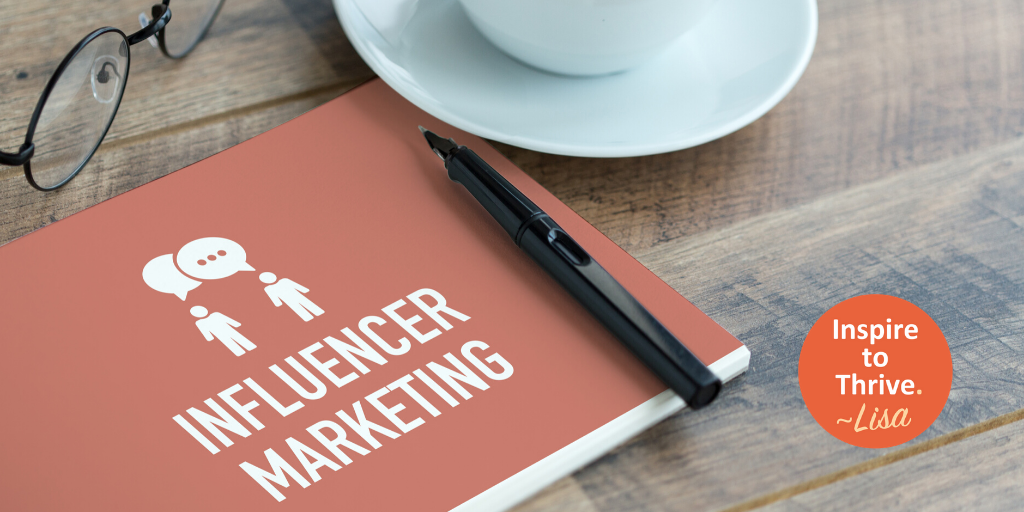 According to Wikipedia – Influencer marketing (also influence marketing) is a form of marketing in which focus is placed on specific key individuals (or types of individual) rather than the target market as a whole. It identifies the individuals that have influence over potential buyers, and orients marketing activities around these influencers. They are programs like Kred to count influencer scores.

In the past companies relied on marketing via commercials presenting the benefits of their products or by price wars. Today they are using their own customers as people to talk about their products or services and influence others to buy and use them too.

This has become a big shift in marketing over the past few years alone. It is also similar to the old fashion word of mouth marketing.

I don’t believe having influence is all about the follower count but having more followers can help. It is a numbers game but it is also more than that! One must be engaging and engaging in a manner to create influence. Influence involves creating others to perform an action – like a retweet, leaving a comment on your post or purchasing a product from you.

Today they are using their own customers as people to talk about their products or services and influence others to buy and use them too. #influencers Click To Tweet

What Others Have To Say About Valuable Social Media Influencers

ocial followers are easy to come by today. You can even purchase thousands of followers on sites like Fiverr. So the number of followers is a poor determining factor when looking for the right influencer. The best social media influencers are ones that actually have sway over their audience.

You can typically find these influencers by browsing their social account to see how much positive engagement and interaction they have on their posts. I’d rather work with an influencer who is trusted by a small audience with higher engagement than an influencer who has a million followers but only a few ever interact. ”

The best social media influencers are ones that actually have sway over their audience. Click To Tweet

“Some of the best social media influencers that provides tons of value are:

Sue B. Zimmerman from https://suebzimmerman.com/”

And More From Others

“The label “Social Media Influencer” should be taken with a grain of salt. There are many self-proclaimed influencers who take an online course over the weekend and anoint themselves experts on Monday. It is true that all exerts were once a beginner and the adage “fake it till you make it” is a reality.

However, as an owner who’s going to trust someone and take their business advice, it’s important to take a hard look at these individuals to determine if they’re actually succeeding themselves by practicing what they claim they can do for you. Influencers like Kim Garst, Rebekah R

adice, Sam Hurley, Marcus Sheridan, and so many others are influencers because they’ve put in the work, tested what they preach and reaped the rewards.

Peel back the layers and really look at the individual, not the label they’ve given themselves or some list that someone creates whose intentions you don’t know.

Social Media and digital marketing in general can do wonders for your business and there are plenty of tremendous influencers/experts who are ready to assist you in reaping the rewards. Again, the key is finding the influencers who are walking the walk – then, and only then, should you listen to them talk the talk. ”  Mike Kawula, Entreprenuer.

'They’ve put in the work, tested what they preach and reaped the rewards. - Mike Kawula' #influencermarketing Click To Tweet

“There is too much noise on social media these days and this calls for serious filtering. I think the best valuable influencers and those that have successfully and naturally built

a huge community of targeted and active followers.

People can use software and scripts nowadays to bump the numbers. But that absolutely
doesn’t make any sense to me. A six-figure follower-base doesn’t  attract me. How responsive
they are is what counts.”  Enstine Muki, of  EnstineMuki.com

How responsive they are is what counts - Valuable Social Media Influencers. - Enstine Muki #influencers Click To Tweet

“Social media influence can be such a vague term. For some they define it as how many people follow someone on social media. While that can be important, I define it as how many people take action on social media? Meaning, do they engage, comment, share and/or indirectly endorse your work.
Influencers who are willing to “influence” your work are a challenge to find and it takes time to establish relationships with them. There are a few that come to mind.
First is Sam Hurley (@Sam_Hurley). Not only does Sam have a large Twitter following, he has promoted an article I featured with him, wit

h reckless abandon and with each tweet I gain upwards of 20-50 new Twitter followers and hundreds of re-tweets.
Ryan Biddulph (@RyanBiddulph) is another social influencer who not only has a massive following, his audience re-tweets as well. He is extremely engaged with his audience and his social influence is obvious by the number of visits that come back to my website within a few moments of him tweeting an article.
Another is Mark Schaefer. Known for his book “The Content Code”, Mark not only has a large following, but he is authentic, sincere and every post on Facebook on his personal wall and especially in his private Facebook group is enlightening and refreshing.” Don Purdum, UnveiltheWeb

“People who care are the most valuable influencers on social media. It’s really simple. If you want to make an impact on social media you need to care about people – you need to care about your tribe. Sharing content and links like your throwing up the spaghetti you just had for dinner isn’t going to work. It’s not enough. You need to really get to know people. Don’t pretend to care, ACTUALLY care. Have REAL conversations.
Get on Skype with your followers, just to talk. Post content that shows who you are as a person. It doesn’t always have to be on topic. Show people that you are just like them. Be authentic. Don’t be afraid to show your flaws. Don’t pretend to be someone your not. Be relatable. Create legitimate relationships. And provide value to everyone you come into contact with.

My favorite two people on social media right now are Gary Vaynerchuk and Casey Neistat. They have both mastered the art. It amazes me how well they connect with their followers and how good they are at cultivating relationships.It takes time though. You can’t become an influencer overnight. You need to be patient and work hard. For tips on how to get started on social media check out: The Beginner’s Guide To Social Media Marketing.” – Eli Seekins, former blogger.

“Social media can play a vital role in our daily activities.  When it comes to our routine job, we, bloggers used to really depend on social media. No matter it really influences our daily life too!

As it is observed and proved the theory of 80:20 formula works well with the social media.  In short, it solely depends on social media to implement that theory or ratio in our blogging activity. 20% content creation and 80% promotion, especially through social media platforms.

Coming to your question, as per my knowledge Jeff Bullas (@jeffbullas), Ted Rubin (@TedRubin  and David Leonhardt (@amabaie) are the first three names comes to my mind, and they are really wonderful social media influencers.

Their activities on different social media platforms are worth notable and worth following. ” – Philip Verghese ‘Ariel’, Multilingual freelance writer, blogger, and editor at pvariel.com.

When poised with the question Who Really Are The Best Valuable Social Media Influencers?  I knew this would be difficult. There ar

e so many prominent influencers in my virtual world. How is it possible to nail it down to a few?
If you’re going to force me to, here’s my most valued Social Media Influencers (in no particular order):  Donna Merrill of Donna Merrill Tribe, Ryan Biddulph of Blogging in Paradise,  Mike Allton of The Social Media Hat, and of course, You! I learn something different from each of these Influencers and would be lost without them. – Brenda Pace – former blogger.

I love Donna Moritz of Socially Sorted, Ian Cleary of RazorSocial and Amy Porterfield. Also, I have taken courses from each of them and they are all experts in their specific areas of social media. I also read the blogs of Rebekah Radice and Marie Smith, two other important influencers.
All of these bloggers share a lot of free content and I have learned quite a bit from them in regards to using social media to gain blog visitors. – Sue Dunlevie of Successful Blogging

“Who is the best valuable social media influencer to YOU? That’s the right answer, no need to listen to the rest of us… 🙂 … but since you are still here, here’s what I’d say.”Someone who influences my business. Who can teach me something I didn’t know. Then, who always responds and engages. Who KNOWS me. I know that’s a tall order, but that’s the kind of people we are talking about here – rising above everyone else, right?

As I am writing this, can’t help but think of two people who stand out in every single way: Mike Allton of TheSocialMediaHat.com and Ashley Faulkes of MadLemmings.com. They always bring a smile to my face whenever they pop up in my feed… and that’s priceless! – Ana Hoffman of TrafficGenerationCafe
Social Media Influencers - rising above everyone else, right? Ana Hoffman Click To Tweet

For me, the most valuable influencers to connect with are the ones I can have a long-term relationship with (business relationship of course!). I am not after quick wins, one-off shares or other fly-by-night connections.
I prefer to get to know someone, kinda like in “real life”. That also means that I am looking for a win-win. That is, a connection with someone I can help, as well as potentially be helped by (if not now, then perhaps in the future).

In Conclusion of Influencers

What do you think sets the most valuable social media influencers apart from the others?

I’d love to know your thoughts in the comments below. 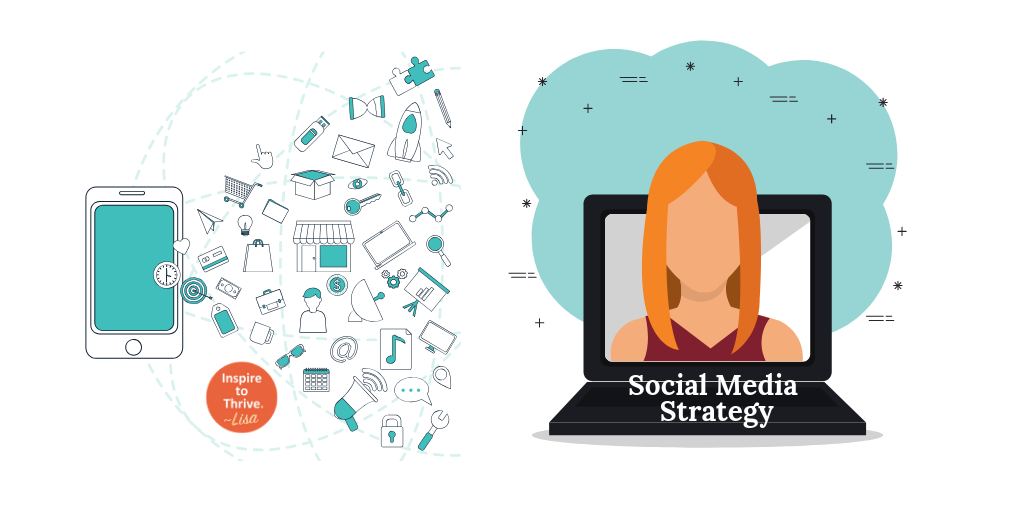 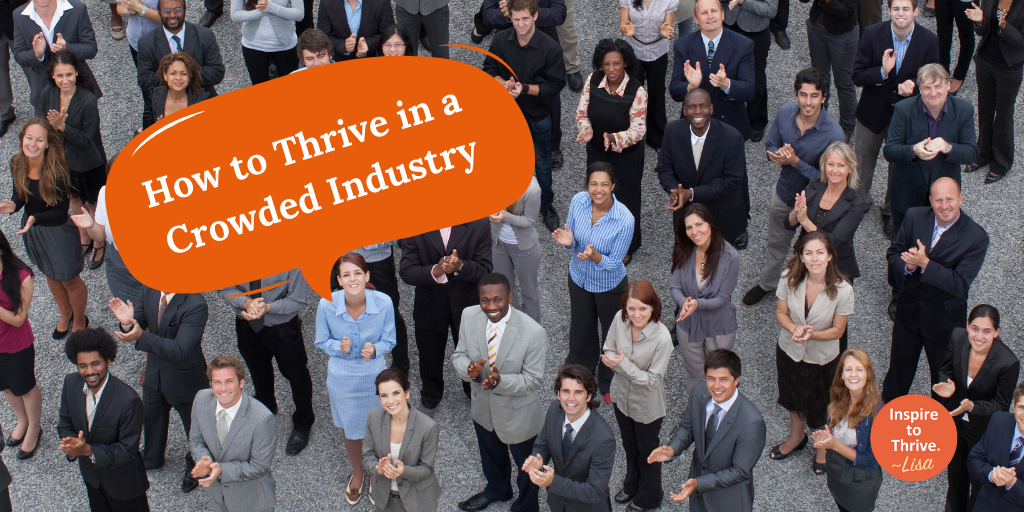